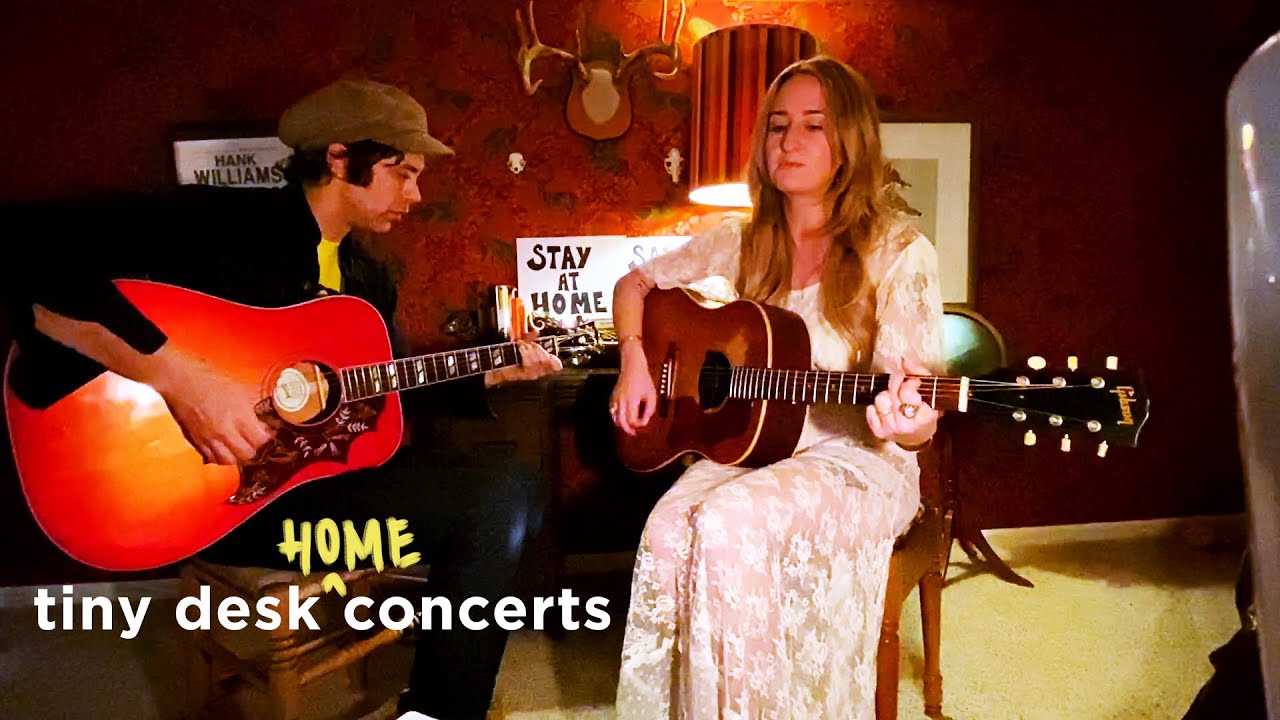 The Tiny Desk is working from home for the foreseeable future. Introducing NPR Music’s Tiny Desk (Home) Concerts, bringing you performances from across the country and the world.
It’s the same spirit — stripped-down sets, an intimate setting — just a different space.

Margo Price and her husband, Jeremy Ivey, performed a Tiny Desk (Home) Concert from their Nashville attic. Behind them are two handmade signs inspired by John Lennon and Yoko Ono’s Bed-In For Peace that simply reads „Stay Home“ and „Save Lives.“ In addition to the rapidly spreading virus, Nashville was recently ravaged by tornadoes. Margo and Jeremy are safely quarantined with two children, their dog and cat, and guitars in hand. They played „Stone Me,“ a song they co-wrote and included on Margo’s upcoming album, That’s How Rumors Get Started. Margo and Jeremy dedicated this concert to all those that are struggling right now and thank „all the people still out there working, the doctors, all the sanitation people, everybody out there just doing what they have to do to so we can survive, all the people working in grocery stores. And to everyone who has lost their job, we feel you.“ They ended the set with a premiere, a song called „Someone Else’s Problem,“ that they wrote together on an airplane while Margo was pregnant. It’s a song dealing with the guilt many of us have, being part of a problem instead of part of a solution.